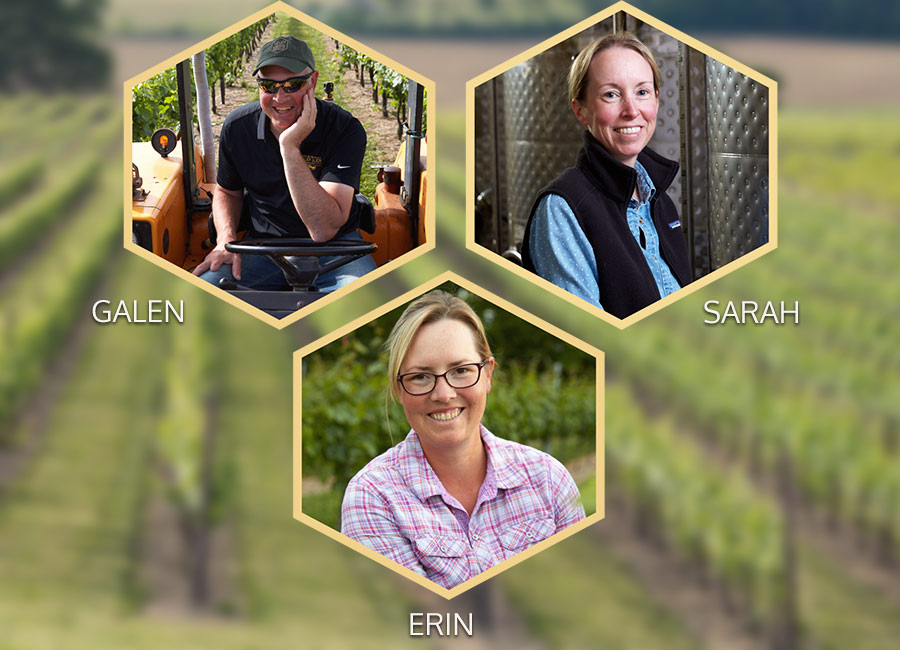 Wines & Vines states how daring pioneer “[Galen] Troxell was able to source enough Grüner vines from Amberg Nursery in the Finger Lakes to plant another acre. Based upon the information compiled in the Grüner Vineyards, the 2003 planting at Galen Glen was the first commercial U.S. planting of the cultivar east of the Rocky Mountains”.

Hungry Travelers touts Sarah’s finesse “Her exacting precision shines through in all of the Galen Glen wines. Moreover, she’s adept at manipulating grapes from different vineyards to produce multiple expressions of a grape in many vintages.”

Erin’s formidable talent is summarized by Wine Enthusiast “Erin Troxell, daughter of Galen Glen founders Sarah and Galen Troxell, earned a degree in viticulture and enology from Cornell University, followed by a master’s degree from the Vinifera EuroMaster program in Germany and France. She has interned in Nahe, Napa and New Zealand and worked for several years at E. & J. Gallo.”

Some of the very best land in the United States for winegrowing is located outside the hub of the Lehigh Valley. You will find our farm near the tiny hamlet of Andreas, on the fringes of the Lehigh Valley American Viticultural Area and north of the Blue Mountains. It rests atop a ridge at 1000 ft with a commanding view of deep Pennsylvania’s rugged terrain. Our unique microclimate features limited rainfall, howling winds, and ancient glacially deposited soils.

Owners, Galen and Sarah, established the winery in 1995 when they purchased the Troxell family double century farm from Galen’s father. Galen, a mechanical engineer and 6th generation farmer, and Sarah, a chemist, traded in corporate careers to grow grapes and launch the winery. After more than 25 vintages, the Troxells’ skill sets have undoubtedly found their niches, resulting in wine rock stars.

Galen is an industry leading mechanical wizard and vine whisperer. Sarah is a noted tastemaker and was nationally recognized as best woman winemaker. The 7th generation to farm their land, daughter Erin, has returned to Galen Glen as head of the winegrowing team. Scientifically and culturally relevant, with a tenacious sustainable focus, Erin is a momentous commitment to the future and has already begun to leave her mark. 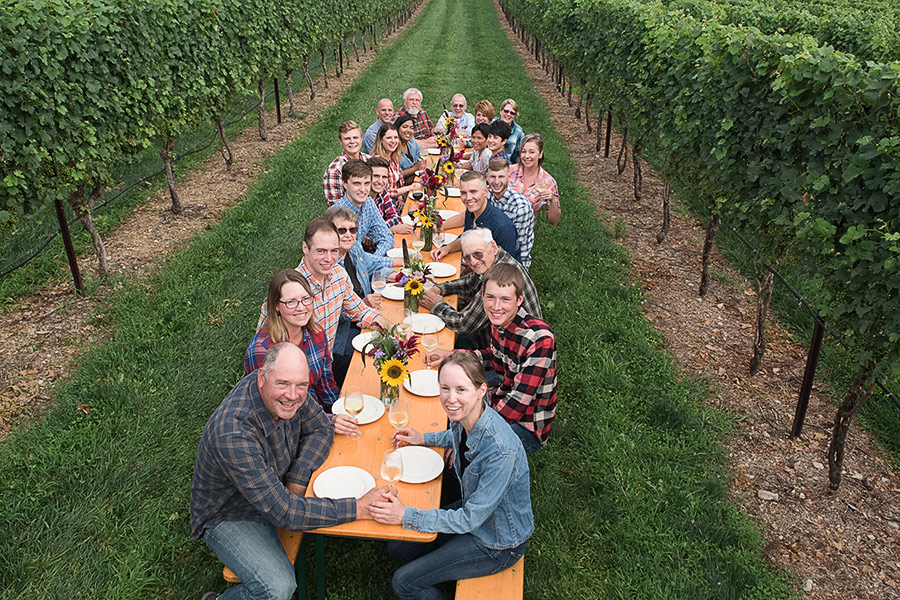